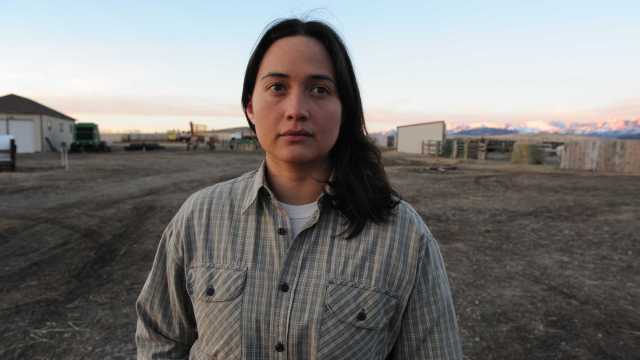 Not often is there a movie that can so firmly hold a viewer’s attention through subtlety and empathy, rather than action and intrigue. Certain Women is such a movie, offering a series of simple and quick vignettes that give a lingering, bare portrait of the lives of three women. One might say that these women, by comparison to other movie subjects, are unremarkable, but that in no way means their stories cannot touch both the mind and the heart. Better yet, the movie does not unjustly attempt to give a false sense of resolution. It succeeds in simply creating a somber mood, hinting towards everyday instances of inevitable persistence, despite sadness.

Certain Women is directed by Kelly Reichardt and based on a series of short stories by Malie Meloy. More or less centered around the town of Livingston, Montana, the film follows three protagonists whose stories rather abruptly shift from one to another:

Laura Dern is Laura Wells, a lawyer who must deal with an insistent client (Jared Harris) who tries to move forward with a failed work-injury suit. Laura tries to console her client, but is constantly doubted and undermined by him simply for being a woman. Eventually, when her client decides to take action into his own hands and takes part in a hostage situation, Laura is called in to defuse the tension. This section of the movie reassures the viewer of what will come. Though this part of the story leads up to potential violence, it does not devolve into gore and explosion. It simply passes on, not relenting in its slow, but steady pacing.

On to the next story. Michelle Williams plays Gina Lewis, a middle-aged wife with a marriage that has soured and a teenage girl who treats her mother as most teenagers do. Gina is overseeing the construction of a country house for her family and wants to acquire a pile of sandstone from a solitary elderly man whom the family knows. Though she is the lead on the project, Gina is not taken seriously. She must constantly defend herself against slights from all around. No climax here, life just goes on. 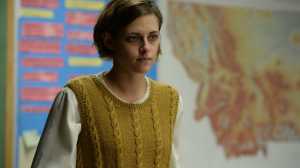 Lily Gladstone appears as Jamie, a lonely ranch hand who falls for a young lawyer named Beth (played by Kristen Stewart) who comes into town to teach a night class on school law. Jamie is equal parts unsure and eager to make a connection with the intelligent, but beleaguered Beth. Their relationship is tentative and you are never quite convinced what will come of it. In the end, Jamie must go on a journey to try to realize the feeling even she is not certain of.

For me, the movie always succeeded in efficiently and economically staging a scene. I was never lost as to where the director was pointing me, even in intricate layouts of off-centered subjects and mirrors. Several instances struck a particular chord. Gina (Williams) has a somber monologue in the passenger seat of a car as the camera films from outside the window. Reflecting against her face is the silhouette of the passing landscape. Her frustrations enter and then get lost in the surrounding hills. In another scene, Jamie and Beth (Gladstone and Stewart) ride a horse to a nearby diner. The light from a lamp post emanates from behind the faces of Jamie and Beth. Joy and splendor come through for a just brief moment, as ephemeral as the halo of light that surround them. Each scene is worth your silent and undivided attention.

Certain Women is achingly emotional, undoubtedly feminist, and a movie you must see.

This entry was posted in Movie discussion, Now playing. Bookmark the permalink.