Posted on February 2, 2018 by janetmcurran

If imagescinema.org keeps routing you here, clear your browser history so it will reroute to the correct place! Thanks for your patience!

Posted on February 2, 2018 by janetmcurran

The Shape of Water, now playing at Images Cinema through Thursday, February 1, has been nominated for 13 Academy Awards!

Now Playing: The Shape of Water

Now Playing: The Shape of Water

In 1963, Elisa works as a janitor at a US government laboratory. One night, a strange, amphibious creature is wrangled into the facility. Elisa is more fascinated than frightened. What scares her more is the threat posed by the federal agent in charge. Cruel and self-serving, he seems convinced the surest way to handle the mysterious creature is to kill it. With the help of her neighbor Giles, her co-worker Zelda, and a sympathetic scientist, Elisa hatches a plan to save the creature’s life, even if it means risking her own.

“Filmed in aquatic hues and bathed in nostalgic mid-century style, The Shape of Water is both a love story and a love letter to monster movies, musicals, and classic cinema.” – Consequence of Sound

Our web site is still down, Three Billboards is almost over and The Shape of Water is just around the corner.

Three Billboards Outside of Ebbing, Missouri, which has proven to be one of our most popular films in recent memory, ends on Thursday. The remaining showtimes are listed below and on our Facebook event here.

The Shape of Water, which IndieWire just named the likely Best Picture nominee to beat this year, opens on Friday. Showtimes for that are listed below too, as well as on our Facebook event here. 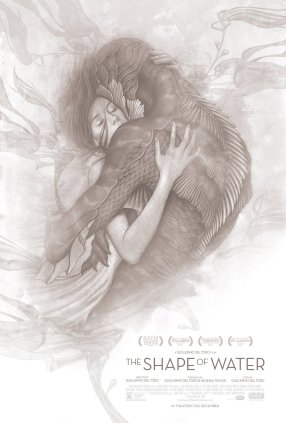 Our website is down, so we’ve created a direct link to our (often unused) blog so our film schedule can be found. Thank you for your patience with us while we work on fixing the problem. In the meantime, here’s what we are currently showing, and have coming up next:

Friday, February 23 through Thursday, March 1: Call Me By Your Name

One should never assume to completely know a person’s story. We meet Lee Chandler, a janitor for a block of apartment buildings played by Casey Affleck, and the audience immediately assesses the various dead-end facets of his life. Lee’s days consist of shoveling snow, fixing pipes, arguing with tenants, and feeling generally down about himself.

This is how Manchester by the Sea, directed and written by Kenneth Lonergan, begins—with us perhaps assuming too much about Lee’s state of affairs. Then, one day, Lee gets a call. His brother, Joe Chandler, played by Kyle “Coach Taylor” Chandler, has passed away after an unsuccessful fight with a heart condition. Lee—and the audience—is dragged back into a life that he thought he had left behind, while simultaneously being pushed forward, as he scrapes together some semblance of a future for those around him.

Lee returns to his old home of Manchester-by-the-Sea, the scenic seaside Massachusetts town from which the movie takes its name, to take care of his sixteen-year-old nephew, Patrick, played by Lucas Hedges. Once there, Lee finds heartache seemingly around every corner of the town, whether it’s his estranged ex-wife, played by Michelle Williams, or simple physical reminders of by-gone and better times. As a series of flashbacks reveal, the past few years have been filled with death, tragedy, and substance abuse for Lee and his family, the specifics of which I’ll leave for you to find out. In spite of this, Lee must figure out how he will deal with his teenaged nephew.

The movie moves deftly between heated arguments and moments of icy coldness. The tension and chill can be felt in your head and your heart. A shared pain intensifies leads to several shouting matches between Lee and Patrick, often immediately solidifying into moments of sincere and gripping silence. Heat or the lack of it is a theme throughout the movie, whether it’s the cold storage of a body, Lee’s horrific scorched past, or days when it’s just plain too cold out and you can’t find the car.

Still yet, there are moments of endearing humor that keep you smiling. Patrick is at heart a teenage boy, with all the unsavory behavior in pursuit of teenage girls that one might expect, but also with an unmistakable ingratiating, but tortured quality. And Lee, a father figure of necessity, is unwilling to take on any of the sentimentality that comes with being a parent. Their duo is the one that drives the movie, even if they go kicking and screaming.

Yes, there is plenty of grief to be had. The movie is not an easy watch, and it finishes by admitting that some problems cannot be overcome, even when the ones we love call on us. But, what shines through in Manchester by the Sea are simple moments of warmth that break through it all and remind us to keep going.

The Civil Rights Movement is often depicted on film with a dramatic, momentous, and purposeful tone. While this is effective and appropriate for many of the important moments of the movement, these movies often do not leave much space for everyday instances of continued daily resistance that were not initiated as part of a larger political strategy. This is where Loving excels. The movie offers a compelling take on the fight for equality by providing a personal and intimate story of a family disrupted by racism.

Loving, directed by Jeff Nichols, tells the true story of Richard Loving, played by Joel Edgerton, and Mildred Loving, played by Ruth Negga, the white husband and black wife whose interracial marriage became the subject of the Supreme Court Case Loving vs. Virginia, the decision of which would prohibit all anti-miscegenation laws in the United States.

In 1958, after Mildred becomes pregnant, she and Richard cross state lines to Washington D.C., where, unlike their home state of Virginia, mixed-race marriage is legal. The two return home to begin their shared lives, hoping to one day settle down next to their families in a house Richard is set on building himself. When law enforcement officials learn of the marriage, the Lovings are arrested and eventually released on the terms that, under threat of a lengthy prison sentence, they cannot both be in the state at the same time. The two are forced to move to D.C., but they long to return home, and soon they begin illegally crisscrossing between D.C. and Virginia, a risk they continue to take for the next 10 years. Eventually, and then only at the continued request of an ACLU lawyer, played by Nick Kroll, and a constitutional lawyer, played by Jon Bass, who both seem a little distant from the reality that the Lovings live in, do they eventually reach the Supreme Court.

Loving focuses on the husband and wife and the prejudiced gazes directed at them and the acts of violence done upon them. The court case itself is prominent within the film, but is by no means the center of attention. The Lovings in the movie flip-flop between wanting to see justice writ large and simply wanting to get on with the lives they have pledged to each other. Richard is primarily concerned about whether or not he can truly “take care” of his wife, and Mildred is set on doing what’s best for her children. The court case, and the unwanted attention of their neighbors that comes with it, sometime seems to bring more trouble on them than they would like.

But to say that this couple, somewhat reluctant of exposing themselves for political action, were not becoming of Civil Rights heroes would be a grave error. Every day is a fight for them, as the violence and prejudice of their communities and the police arm of the state try to dissolve their bond. They care so deeply for each other and try to do justice to each other. They truly earn the full meaning of their coincidentally perfect last name.

Negga offers a particularly soft and contained, but strong-willed performance as Mildred. Though she risks much by continuing their fight, Mildred eventually allows and pushes the legal battle to continue and graciously, but shyly accepts the media attention baring down on her family. Edgerton, who plays Richard, also excellently inhabits his restrained and laconic character who does not wish for much at all—just a good home and a family. This comes through in a particularly tense scene where a black friend, over a round of drinks, asks Richard why he married a black woman in the first place.

It is the first time this question is explicitly confronted, and Richard Loving does not have an eloquent answer that tackles the ideological or structural character of racism. But he does not need one. Why should he? He and his wife both love each other, and it often is only simple and true acts like this that can change a nation.